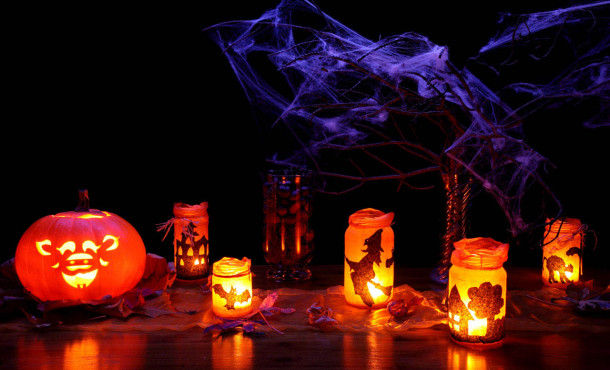 NO PURCHASE NECESSARY. A PURCHASE WILL NOT INCREASE YOUR CHANCE OF WINNING.

PROMOTION OVERVIEW: The Laredo Hospitality Halloween Promotion (the “Promotion”) consists of an in-pack game (the “trick or treat game”). The Trick or Treat game may be referred to herein by its name. Any reference to the “Promotion” in these Official Rules shall refer to the Trick and Treat Game. The Promotion will be available in Thirty- Seven (37) gaming cafes/restaurants that operate in Illinois under the ownership and management of Laredo Hospitality Management, LLC (“Sponsor”) under the names Stella’s Place and Shelby’s (the “Gaming Cafes”). A total of 15,540 chocolate bars (the “Game Bars”) will be printed and distributed in batches of 420 across the 37 participating Gaming Cafes. Game Bars will have individual Candy Bar Wrappers with a prize winning message printed on the inside of the Wrapper. It will be understood that Candy Bar itself is the prize for a Candy Bar Wrapper without a specific printed message printed on the inside of the wrapper. The Prizes in the Trick or Treat Game (as defined in Rule 7, below) will have a prize pool as described in Rule 7 table 10.1 across the 420 Bars in each individual Gaming Café. Each participating Gaming Café will have four hundred and twenty (420) Game Bars available for distribution.

ELIGIBILTY: The Promotion is open only to legal residents of the state of Illinois who are twenty-one (21) years of age or older, a member of the Gaming Café’s loyalty program*, and who are located in Illinois at the time of participation in the Promotion (“Eligible Entrants”). The following are ineligible to participate in the Promotion and/or to win a prize, even if they otherwise meet the definition of an Eligible Entrant: employees, officers, directors, agents, successors and assignees of Laredo Hospitality Management, LLC, its parent, subsidiaries and affiliated companies, its advertising agencies and any promotional companies involved in any way with this Promotion (all of the above italicized entities collectively referred to herein as “Promotion Parties”), and the immediate family members (defined as spouse, parent, child, sibling, or grandparent; whether biological, adoptive, step or in-law) and those living in the same household (defined as those persons whether related or not who live in the same residence as the Eligible Entrant at any time during the Promotion Period) of such employees, officers, directors, agents, successors and assignees. Void elsewhere and wherever prohibited or restricted by law.

*To become a loyalty club member, eligible participants must complete an official registration form, which includes providing his/her complete name, street address (including city and state), date of birth, phone number and email address (optional). There is no fee to enter the Gaming Café and no fee to register for loyalty club membership.

PROMOTION DATES: The Promotion will begin in all participating Gaming Cafes on or about October 15th 2015 and will end in all Gaming Cafes on the earlier of October 31st, 2015, or the date and time when the particular Gaming Café’s supply of 420 Game Bars is depleted (the “Promotion Period”).

HOW TO PLAY THE TRICK OR TREAT GAME: To play the Trick or Treat Game, you must receive a Game Bar read the message printed on the inside of the Game Bar wrapper regarding the prize the Eligible Entrant is eligible to receive in front of the Guest Service Host while still at the Gaming Café on the day the Game Bar is received.

CONDITIONS: Game Bar wrappers are not transferable. The Game Bar Wrapper from Game Bars that are not opened in front of the Guest Service Host on the day that they are received will be void and the prize stated on the Game Bar Wrapper will not be awarded. Game Bar Wrappers that are mutilated, altered, copied, forged, water damaged, manipulated, or tampered with in any way, or which contain any printing, mechanical or typographical errors, will be considered null and void and will not be eligible for prize redemption. If for any reason (including without limitation due to a printing, production or other error) more prizes are claimed than are advertised as being available at any prize level as stated in Rule 8 of these Official Rules, the total prize value for that prize level will be evenly distributed amongst all verified prize claimants at that prize level. In no event will more than the stated number of available prizes by awarded. If any prize is unclaimed, it will not be awarded. All Game Bar Wrappers are subject to verification and are void if (a) not obtained, played and/or redeemed in accordance with these Official Rules and through legitimate channels, (b) any part is counterfeit, altered, defective, illegible, reproduced, tampered with, mutilated or irregular in any way, or (c) contain printing, typographical, mechanical, seeding or other errors. Sponsor’s liability for Game Bar Wrappers that contain printing or other errors is limited to replacement of such Game Bar Wrappers with another Game Bar containing a Game Bar Wrapper while supplies last at the location where the original defective Game Bar Wrapper was obtained.
Trick or Treat GAME PRIZES AND ODDS: The Bonus Prizes available, and the odds of winning each Bonus Prize (in each of the 37 participating Gaming Cafes), are as stated in Table 10.1.

**No more than the maximum number of Prizes advertised for all participating locations will be awarded.

Total maximum prize value available to be awarded in the Trick or Treat Game is $22,871.55. Unclaimed prizes will not be awarded.

HOW TO CLAIM PRIZE(S):

GENERAL: All federal, state, municipal and local laws and regulations apply. Any attempted play or redemption that is not in compliance with these Official Rules may result in disqualification from the Promotion in its entirety, including forfeiture of any prizes, in Sponsor’s sole discretion.
By participating in the Promotion, participants agree to the terms set forth in these Official Rules and to all decisions of Sponsor, which are final and binding in all matters relating to this Promotion. Prizes are non-transferable (prior to awarding) and may not be substituted or redeemed/exchanged for cash, except Sponsors reserve the right to substitute a prize for one of equal or greater value if the designated prize should become unavailable for any reason. All expenses on receipt and use of prize are the sole responsibility of the winner. By entering the Promotion and/or accepting a prize, winners agree to indemnify, release and hold harmless the Promotion Parties (as previously defined), and each of their respective parent companies, subsidiaries, affiliates, and agencies, and all of their officers, directors, shareholders, employees, agents, contractors, and representatives (collectively “Released Parties”) from any and all liability, costs, expenses, damages, rights, claims, actions, and losses (collectively “Losses”) of any kind incurred in connection with the Promotion, including without limitation for or from (a) the acceptance, possession, use or mis-use of any prize, and/or (b) claims relating to rights of publicity, rights of privacy or defamation. The Released Parties are not responsible for (a) lost, late, incomplete, inaccurate, undelivered, or lost G; and (b) errors of any kind whether human, mechanical, electronic, network, typographical, printing or otherwise relating to or in connection with the Promotion or awarding of prizes. CAUTION: ANY ATTEMPT BY ANY PERSON TO DELIBERATELY DAMAGE OR UNDERMINE THE LEGITIMATE OPERATION OF THE PROMOTION IS A VIOLATION OF CRIMINAL AND CIVIL LAW. SHOULD SUCH AN ATTEMPT BE MADE, SPONSOR RESERVES THE RIGHT TO SEEK DAMAGES OR OTHER LEGAL/EQUITABLE REMEDIES FROM ANY SUCH PERSON TO THE FULLEST EXTENT OF THE LAW (AND TO DISQUALIFY SUCH PERSON FROM THE PROMOTION, IF APPLICABLE).
By accepting a prize, each participant grants to Sponsor, and anyone designated by Sponsor, the right to use his/her name, likeness, prize won, hometown, quote(s), and biographical information, for promotional or other lawful purposes, in perpetuity, in any media now known or hereafter developed, without further permission or compensation, except where prohibited by law. Sponsor reserves the right to cancel the entire Promotion, part of the Promotion, or to modify the Promotion for any reason, including without limitation if fraud destroys the integrity of the Promotion or any portion thereof, as determined by Sponsor in its sole discretion. Notice of such action by Sponsor will be posted at participating Gaming Cafes and/or online at www.stellas-place.com, and such notice shall be deemed sufficient.
DISPUTE RESOLUTION/CHOICE OF LAW: Except where prohibited by law, participants agree that: (a) any and all disputes, claims, and causes of action arising out of or connected with this Promotion shall be resolved individually, without resort to any form of class action, and exclusively by an action in state or federal court located in the State of Illinois; (b) any and all claims, judgments and awards shall be limited to actual out-of-pocket costs incurred, including costs associated with participating in this Promotion but in no event attorneys’ fees; and (c) under no circumstances will a participant be permitted to obtain awards for, and participants hereby waive all rights to claim, punitive, incidental and consequential damages and any other damages, other than for actual out-of-pocket expenses, and any and all rights to have damages multiplied or otherwise increased. All issues and questions concerning the construction, validity, interpretation and enforceability of these Official Rules, or the rights and obligations of a participant in connection with this Promotion, shall be governed by, and construed in accordance with, the laws of the State of Illinois, without regard to the conflicts of law doctrine of any jurisdiction.
WINNER’S LIST: For the names of the major prize winners (prizes valued over $25), send a self-addressed stamped envelope to: Laredo Hospitality Management, Attn: Halloween Promotion Winners’ List, 2700 South River Road, Suite 106, Des Plaines, IL 60018 by April 30, 2015.
SPONSOR: Laredo Hospitality Management, LLC, 2700 South River Road, Suite 106, Des Plaines, IL 60018.