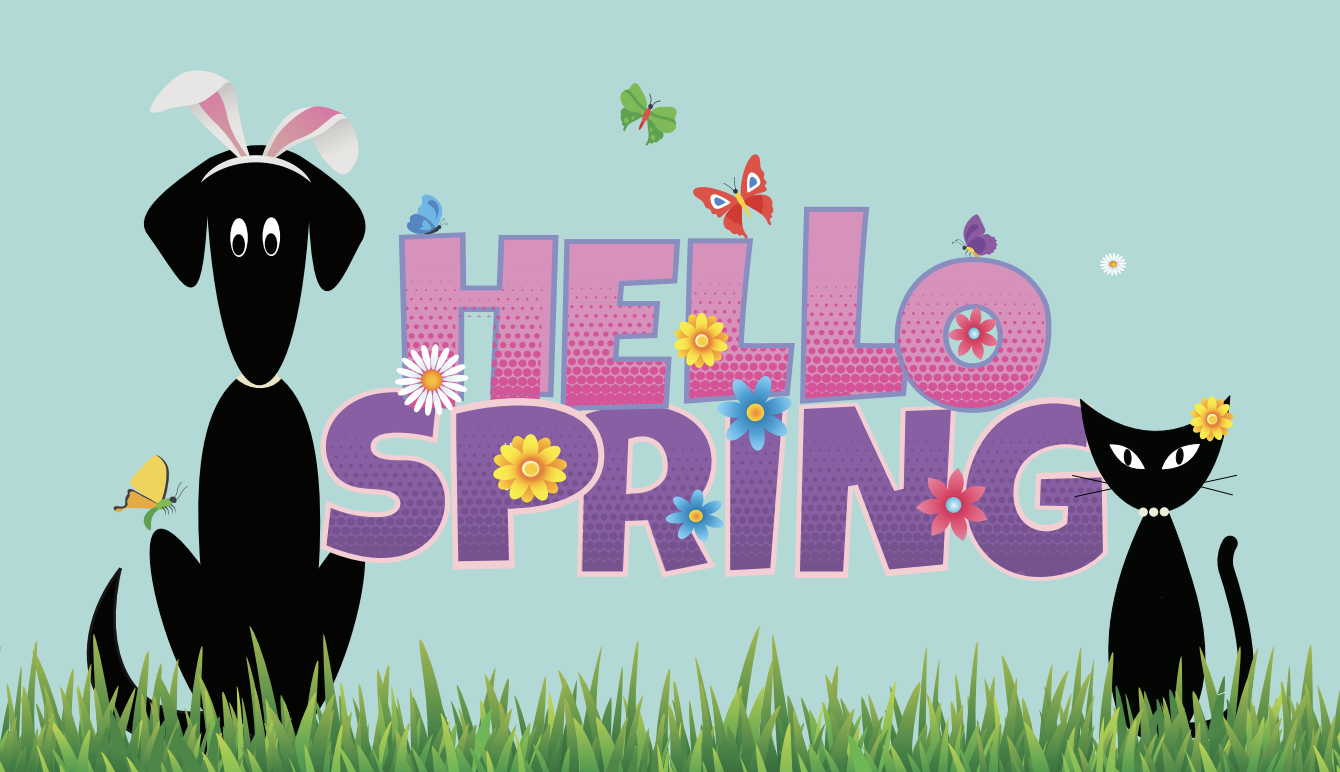 1. PARTICIPATION IN THIS PROMOTION IS FREE. NO PURCHASE NECESSARY. A
PURCHASE WILL NOT INCREASE YOUR CHANCE OF WINNING.
2. PROMOTION OVERVIEW: The “Hello Spring” (the “Promotion”) is sponsored by Laredo
Hospitality Management, LLC, Illinois Gaming Investors, LLC d/b/a Prairie State Gaming
(“Prairie State Gaming”), Gold Rush Amusements, Inc. (“Gold Rush”), and Midwest SRO,
LLC (“Midwest SRO”) (“Sponsors”). The Promotion will be available at all participating
gaming cafes/restaurants that operate in Illinois under the ownership and management of
Laredo Hospitality Management, LLC under the names Stella’s Place and Shelby’s (the
“Gaming Cafes”) and will be available in fifty-five (55) gaming cafes/restaurants. A total
of 17,875 scratch cards will be printed and distributed in batches of 325 per Gaming
Cafe. There will be a prize-winning message printed on the inside of each scratch. The
prizes for each batch of 325 scratch cards are as set forth in Table 6.1 below.
3. ELIGIBILTY: The Promotion is open to all guests who are twenty-one (21) years of age
or older at the time of entry and a member of the PlaySpinWin loyalty program (Eligible
Entrant). No purchase necessary. The following are ineligible to participate in the
Promotion and/or to win a prize, even if they otherwise meet the definition of an Eligible
Entrant: employees, officers, directors, agents, successors and assignees of Laredo
Hospitality Management, LLC, Prairie State Gaming, Gold Rush, Midwest SRO, and each
of their its parent, subsidiaries and affiliated companies, its advertising agencies and any
printing or promotional companies involved in any way with this Promotion (all of the
above italicized entities collectively referred to herein as (“Promotion Parties”), and the
immediate family members (defined as spouse, parent, child, sibling, or grandparent;
whether biological, adoptive, step or in-law) and those living in the same household
(defined as those persons whether related or not who live in the same residence as the
Eligible Entrant at any time during the Promotion Period) of such employees, officers,
directors, agents, successors and assignees. Void elsewhere and wherever prohibited or
restricted by law.
*To become a PlaySpinWin member, eligible participants must complete an official
registration form, which includes providing his/her complete name, street address
(including city and state), date of birth, phone number and email address (optional).
There is no fee to enter the Gaming Café and no fee to register for a PlaySpinWin
membership.

$5 off food and non-
alcoholic beverage

Total approximate retail prize value (“ARV”) of prizes available at each participating
Gaming Café that receives a 325 scratch card batch is $1059. Total ARV for all Scratch
Cards distributed across all Gaming Cafes: $58,273
**No more than the maximum number prizes advertised for each participating location
will be awarded.

9. GENERAL: ALL FEDERAL, STATE, MUNICIPAL AND LOCAL LAWS AND
REGULATIONS APPLY. Any attempted play or redemption that is not in compliance
with these Official Rules may result in disqualification from the Promotion in its entirety,
including forfeiture of any prizes, in Sponsor’s sole discretion.
By participating in the Promotion, participants agree to the terms set forth in these
Official Rules and to all decisions of Sponsor, which are final and binding in all matters
relating to this Promotion. Prizes are non-transferable (prior to awarding) and may not
be substituted or redeemed/exchanged for cash, except Sponsors reserve the right to
substitute a prize for one of equal or greater value if the designated prize should become
unavailable for any reason. All expenses on receipt and use of prize are the sole
responsibility of the winner. By entering the Promotion and/or accepting a prize, winners
agree to indemnify, release and hold harmless the Promotion Parties (as previously
defined), and each of their respective parent companies, subsidiaries, affiliates, and
agencies, and all of their officers, directors, shareholders, employees, agents,
contractors, and representatives (collectively “Released Parties”) from any and all
liability, costs, expenses, damages, rights, claims, actions, and losses (collectively
“Losses”) of any kind incurred in connection with the Promotion, including without
limitation for or from (a) the acceptance, possession, use or mis-use of any Game Bar or
prize, (b) any sickness or allergic reaction resulting from consuming a Game Bar, and/or
(c) claims relating to rights of publicity, rights of privacy or defamation. The Released

Parties are not responsible for (a) lost, late, incomplete, inaccurate, undelivered, or lost
G; and (b) errors of any kind whether human, mechanical, electronic, network,
typographical, printing or otherwise relating to or in connection with the Promotion or
awarding of prizes. CAUTION: ANY ATTEMPT BY ANY PERSON TO
DELIBERATELY DAMAGE OR UNDERMINE THE LEGITIMATE OPERATION OF
THE PROMOTION IS A VIOLATION OF CRIMINAL AND CIVIL LAW. SHOULD SUCH
AN ATTEMPT BE MADE, SPONSOR RESERVES THE RIGHT TO SEEK DAMAGES
OR OTHER LEGAL/EQUITABLE REMEDIES FROM ANY SUCH PERSON TO THE
FULLEST EXTENT OF THE LAW (AND TO DISQUALIFY SUCH PERSON FROM THE
PROMOTION, IF APPLICABLE).
By accepting a prize, each participant grants to Sponsor, and anyone designated by
Sponsor, the right to use his/her name, likeness, prize won, hometown, quote(s), and
biographical information, for promotional or other lawful purposes, in perpetuity, in any
media now known or hereafter developed, without further permission or compensation,
except where prohibited by law. Sponsor reserves the right to cancel the entire
Promotion, part of the Promotion, or to modify the Promotion for any reason, including
without limitation if fraud destroys the integrity of the Promotion or any portion thereof, as
determined by Sponsor in its sole discretion. Notice of such action by Sponsor will be
posted at participating Gaming Cafes and/or online at www.stellas-place.com, and such
notice shall be deemed sufficient.
10. MISCELLANEOUS: In the event of a discrepancy between these Official Rules and any
creative/collateral materials relating to the Promotion, these Official Rules will prevail.
Released Parties are not responsible for lost, late, incomplete, damaged, inaccurate,
stolen, delayed, misdirected, undelivered, or damaged entries, or for lost, interrupted or
unavailable network, server, Internet Service Provider (ISP), website, or other
connections.
11. SPONSOR: The Hello Spring Promotion is sponsored by Laredo Hospitality
Management, LLC, Illinois Gaming Investors, LLC d/b/a Prairie State Gaming (“Prairie
State Gaming”), Gold Rush Amusements, Inc. (“Gold Rush”), and Midwest SRO, LLC
(“Midwest SRO”). Laredo Hospitality Management, LLC is located at 2800 South River
Road, Suite 110, Des Plaines, IL 60018.
12. APPLICABLE LAW: All aspects of this promotion follow Illinois law, including Illinois
Gaming and Sweepstakes laws and applicable Illinois Gaming Board policies and must
be compliant with those laws and policies at all times.