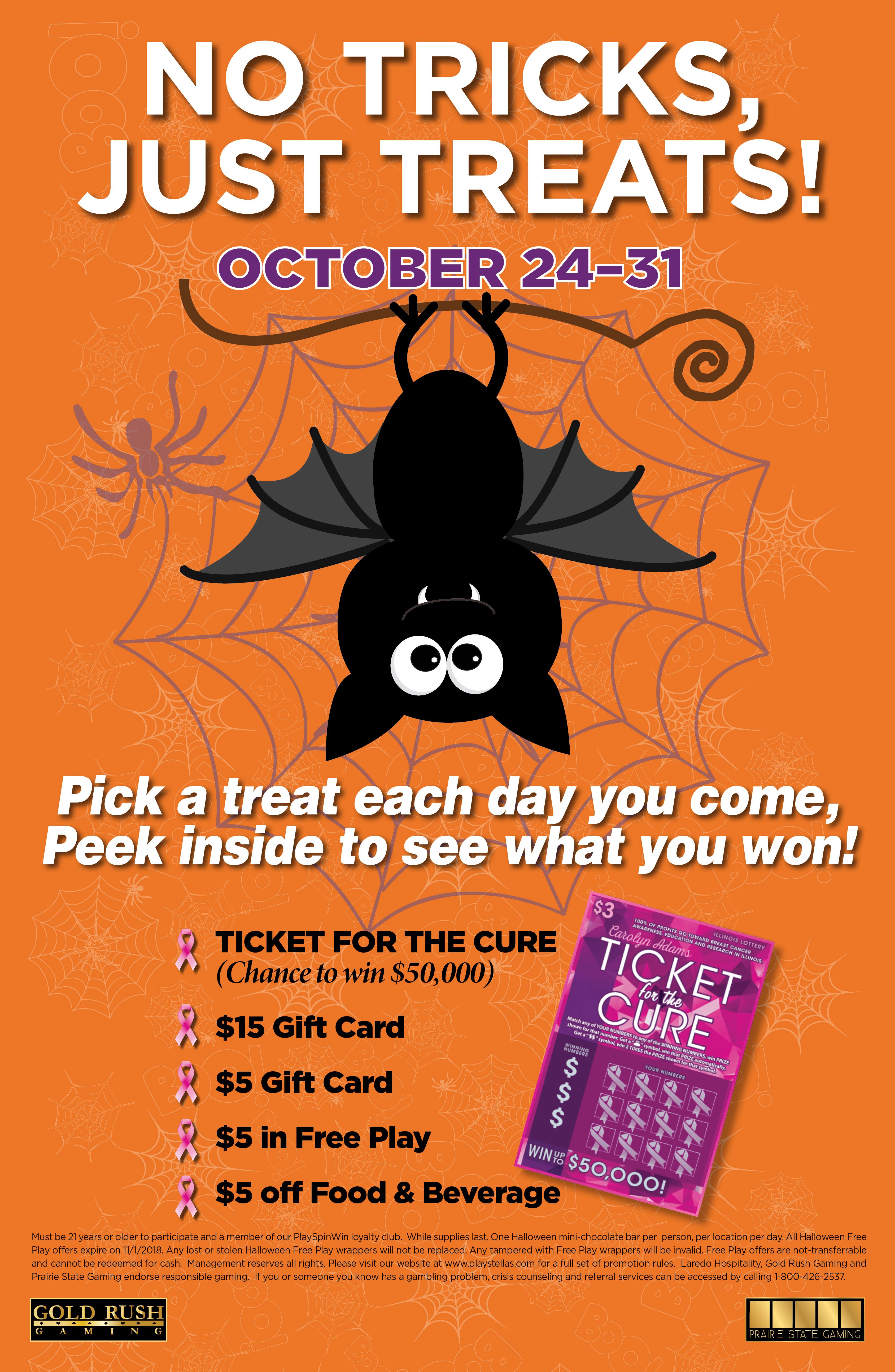 Trick or Treat GAME PRIZES AND ODDS: The Prizes available per Batch 275 Game Bars, and the odds of winning each Prize (in each of the 57 participating Gaming Cafes), are as stated in Table 6.1.

Total approximate retail prize value (“ARV”) of prizes available at each participating Gaming Café that receives a 275 Game Bar batch is $610. Total ARV for all Game Bars distributed across all Gaming Cafes: $34,770.

**No more than the maximum number prizes advertised for each participating location will be awarded.

By accepting a prize, each participant grants to Sponsor, and anyone designated by Sponsor, the right to use his/her name, likeness, prize won, hometown, quote(s), and biographical information, for promotional or other lawful purposes, in perpetuity, in any media now known or hereafter developed, without further permission or compensation, except where prohibited by law. Sponsor reserves the right to cancel the entire Promotion, part of the Promotion, or to modify the Promotion for any reason, including without limitation if fraud destroys the integrity of the Promotion or any portion thereof, as determined by Sponsor in its sole discretion. Notice of such action by Sponsor will be posted at participating Gaming Cafes and/or online at www.stellas-place.com, and such notice shall be deemed sufficient.